Why I hate religion but love Jesus & the missing ingredient 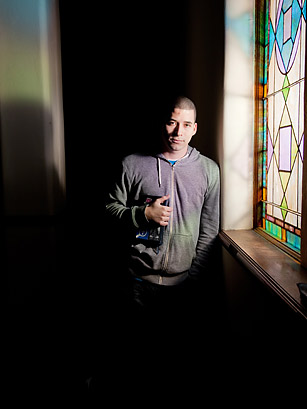 Jeff Bethke has created quite a stir with his YouTube video that begins “Jesus came to abolish religion.”  Many video responses have followed (including a Muslim response) and  some bloggers have meticulously  attacked the logic behind his poem point-by-point.  This past week he was in Time magazine.

This whole controversy gets to me at two deep levels:

I have heard many people just brush aside his use of ‘religion’ as ignorant, immature, stupid, uneducated, silly, shallow, un-historic, and false. The thing that I want to yell is

“YOU FOOLS – like it or not, that is how people use the word religion in our culture.”

If you asked A) people under 40 and B) evangelicals to define religion you would get a picture that is almost identical to Bethke’s .

I now hang out with mainline folks and people who read books on theology. They are  quick to say

Like it or not – this is the definition that many young people are using for religion. When they say (increasingly) that they are spiritual-but-not-religious , this is what they mean.

I am pursuing a PhD in the field of Practical Theology for the very reason that I want to engage how people live out their faith – practice it – in particular communities. The two things that I am willing to concede up front are that

I know that there are many good attempts to connect with religious tradition. I have heard many addresses regarding the root of the word religion and how the ‘lig’ is the same as ligament or ‘binding’ and how it is an attempt to bind us together – not to have us bound up in rules! My question is this: Are you willing to engage this dualistic and uniformed populist definition of religion that is in place OR would your rather hold to your enlightened and informed historical perspective and allow a conversation to happen without you because you are above it? **

I know that it can be frustrating to circle back and entertain naive perspectives. But if the alternative is to let the conversation happen without a historically informed perspective, then I think we have no choice but to concede the initial conditions of the dialogue in an attempt to express an informed/educated alternative.

*   there are alternatives like “Religion is our attempt to connect with God, Christianity is God’s connecting with us.”
**  I have intentionally provided two alternatives to honor the dualistic nature of this mentality.