The Church and Global Crises: Putting our Money where our Mission is

Home / thinking / emergent / The Church and Global Crises: Putting our Money where our Mission is 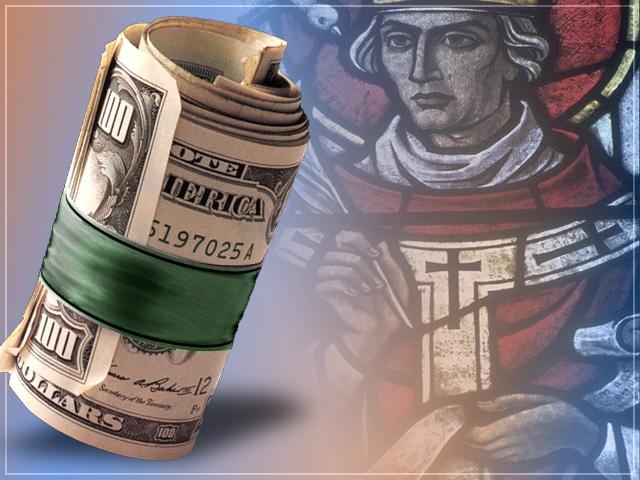 After engaging further with the work of recent Homebrewed guests like Doug Pagitt and Mark Scandrette, and with all the talk recently about various process eschatologies (the Emergent Village Theological Conversation), the issue of the church’s mission and its direct role in addressing the foremost problems of the world has really been on my mind.  In fact, Brian McLaren gave a great talk about this just this past Sunday at Claremont School of Theology.  Watch it here.  The main idea I’m wrestling with is this: if it’s true that our participation in bringing about new creation here and now is supposed to be significantly contributive to the reality of God’s economy on earth – but not necessarily determinative of it – then what does this mean for the mission of the church in concrete terms?

The most measurable and tangible way I know how to pose this question is something along the lines of the following: how does your church spend its money, and what does this show about its values? (we could talk about time and energy as well, but I’m focusing on this dimension because I think it might be the most important for our context.)  It’s temping at first to suspect that this is too much of a practical way to frame the topic from a theological perspective, but I want to argue that it might be one of the most profound theological questions that can be asked, especially for churches that are enjoying the privileges of imperial security.

Defendants of the currently dominant but perhaps waning church structures in America are quick to argue that there’s no “one size fits all” solution, and that’s fine.  But then I would still want to say to them, how and when do you plan to start actually contributing to this so-called mandate for change in the world with your current financial model?

Most churches dedicate the vast majority of their budgets to payroll, building and utility costs.  Obviously, these things are necessary, and I would even concede that something like the aesthetic quality of a worship venue can make a big difference with respect to what audience is being reached and that it is therefore sometimes a worthwhile investment.  Programs that foster spiritual formation shouldn’t be neglected, and of course staff members have to be paid in order for some tasks to get done.

At the same time, I don’t think this is enough, and in my view it’s probably not even a primary concern for Christians in comparison to the severity and urgency that characterizes the concerns of our global ecological and political-economic situation.  And this has everything to do with eschatology.  Along with many other homebrewed deacons, my contention is that if our beliefs about the future are such that relying on God is emphasized to the point of justifying the apathy that we as Christians seem to be comfortable with most of the time, then we have a bad eschatology.  On the other hand, as Tripp and Bo articulated quite well on the TNT podcast a few weeks ago, an eschatology of co-laboring orthopraxis – as opposed to an otherworldly one – need not consign us to completely depend on our own strength either.  That was one of the mistakes made with the post-millennialism of protestant liberalism at the turn of the 20th century.

With that said, let me give an example of how this might be done in practice.  So there’s a church in Austin that set a goal a while back to work toward structuring themselves so as to allow for giving away half of what they receive in monetary donations every year to non-profit programs and charitable project partners (a homeless food ministry in Guatemala, building a school in Uganda, staffing an after-school program in East Austin, and various other sustainable development initiatives).  A few years later now, they are already more than halfway there, having consistently been giving 35% of their tithes and offerings to these outreach partnerships.  They see this as only fair, since they expect themselves as a membership to tithe… because if we’re all giving ten percent of our income, but the church spends most of that on itself, how do we expect to actually do something about the greatest threats to our planet and human life? And this is not a small church.  They have a big building and a big staff.  And yet with this long-term goal in place, they’re still using their big suburban resources to make a substantial difference in the world despite the other challenges that come along with a missional-attractional approach to ministry.

Perhaps even more radically, a totally different church in Waco, TX of comparable size pays all of its staff members the same salary – from the senior pastor to the secretary (in addition to a stipend per child in the family).  This frees up a ton of their resources for their missional church planting efforts around the world and forces their team of pastoral leaders to walk the talk of living simply.

Now, it may be that neither of these churches are quite “up to speed” with an appreciation of the most pressing global crises from the standpoint of their theological significance, but at least they understand the intimate relationship between organization, budget allocation and missional accomplishment.  In light of these examples then, I just have to wonder: can we not ask this same question about balance sheets and God’s economic values wherever we are and begin to think creatively about how to work toward a better future – by leading churches to put their money where their mission is, by actually contributing a sizable portion of their cash flow to the realization of new creation in the present?