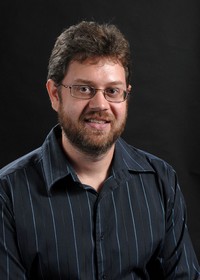 Clayton Crockett tells that you can’t go home again. The world of religion and politics has changed so radically that the old definitions and boundary markers are nearly unrecognizable – and even less helpful.

Clayton Crockett is Associate Professor and Director of Religious Studies at the University of Central Arkansas. His work focuses on postmodern theology, Continental philosophy of religion, psychoanalytic theory and theoretical issues concerning religion and politics.

In the 1960s, the strict opposition between the religious and the secular began to break down, blurring the distinction between political philosophy and political theology. This collapse contributed to the decline of modern liberalism, which supported a neutral, value-free space for capitalism. It also deeply unsettled political, religious, and philosophical realms, forced to confront the conceptual stakes of a return to religion. (from the book description)

In this conversation with Tripp Fuller, politics, history and religion are evaluated from thoroughly theological lens. His book  Radical Political Theology : Religion and Politics after Liberalism is available from Amazon in hardcover and Kindle editions.

Don’t forget to sign up for the 2012 Emergent Village Theological Conversation in Claremont, CA January 31-February 2.