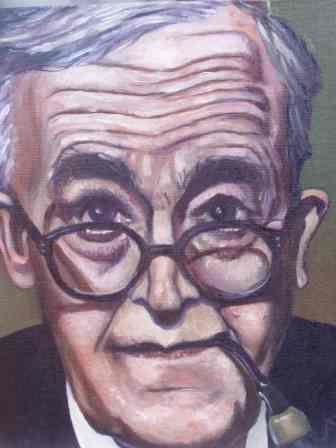 I was talking to an adult member of my church yesterday about the fight over the debt limit.  At some point I said “well God has already taken sides and I am not sure it is being voiced.”  I went on to say I have no divinely ordained policy prescriptions but scripture is clear descriptively about what God celebrates and abhors in a nation.  The conversation was a bunch of fun and at the end of my Baptist Bible-flippin tour of justice she said, “Wow I had no idea. You should preach that sometime.”  After that I decided I should at least post a blog and say explicitly….God takes sides.

God takes the side of the oppressed, marginalized, impoverished and excluded. God is for them.  God is also against the oppressors, violators, full and power wielders.  Pharaoh knows this to be the case, the Prophets proclaimed, and Jesus’ Mom put it to song.  A little attention to scripture and one quickly sees that the actual material reality of people is a preoccupation of God.  In fact God did not mind legislating the redistribution of land, forgiveness of debt, and imposing upon Israel’s elite the necessity of a social safety net.  There was even this dude named Jesus who told a crazy parable about God judging nations for failing to take these national obligations seriously while getting the religious vocabulary correct.

I know we don’t like the idea of God taking sides.  It gets most people who go to most churches mad, at least in America, because we know we are likely among the most full, wealthy, and powerful people this planet has ever seen.  Yet the church and its leaders often edit, soft pedal, and nuance their way around these divine calls for material transformation.  People like me are scared to say something because we know we usually suck at changing our own patterns and feel powerless to change the suicidal system we were born into but for those who spend their life studying the Christian faith this call is pretty clear.

Now I could go on a good rant now about how the present economic showdown demonstrates how economism has become the one true religion of the state that binds both political parties together or how the American church is so impotent that demonstrating less regard for the poor is a means to securing their support….but then I might get out of hand fast. So instead here are two quotes from the 20th century’s most famous orthodox theologians….not progressive, liberal, social gospelers, feminist, or liberation theologians….Barth and Bonhoeffer were not interested in those games, loved some Trinity, didn’t need to put a word between Jesus Christ (ex. Jesus as the Christ), and had no trouble lecturing on eschatology.  Hope you get the idea – the 20th century’s orthodox articulators knew the God of Israel who was incarnate in Jesus took sides and I think they could help us out today…..and of course they can’t get run out of town.

God always takes His stand unconditionally and passionately on this side and on this side alone: against the lofty and on behalf of the lowly; against those who already enjoy right and privilege and on behalf of those who are denied it and deprived of it….The Command of God is a call for the championing of the weak against every kind of encroachment on the part of the strong. – Karl Barth

How would our present economic impasse and the conflict and conversations around it be different if this divine command was on our hearts?  How would the budget negotiations, taxes, spending, and debt appear from the perspective of America’s underside?

What would it take for the church and its leaders to admit we really to suck at being faithful both in our own material existence and in our fidelity to God’s dream for the world in our church leadership?