A beer-only fast for Lent 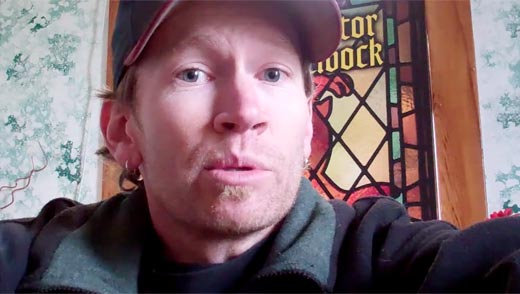 Over a year ago, on the podcast, I mentioned that I was brewing a delicious doppelbock — and that it was traditionally brewed and consumed by Paulaner monks at Cloister Neudeck ob der Au in Munich during Lent. Here’s a nice legend from Germanbeerinstitute.com:

The longest and most taxing of these periods of culinary abstinence was, of course, Lent, the 46 days between Ash Wednesday and Easter Sunday. Because the monks believed that liquids not only cleansed the body but also the soul, they would make plenty of liquid instead of solid bread from their grain, and then drink it in copious quantities…the more, the holier. Because the monks were society’s role models in those religious times…as did the monks so did the common folk. The secular verson of the sacred strong bier was called a Bockbier.

The first Lenten strong beer was brewed by Paulaner monks at Cloister Neudeck ob der Au in Munich. The Paulaners had arrived in Munich from Italy in 1627. They began brewing beer for their own comsumption shortly thereafter—exactly when is not clear. Depending on which documents one can trust, the year was 1630, 1651 or 1670. The Paulaners felt, however, that such a strong brew with such delightful qualities might be just a bit too much of an indulgence for Lent. So they decided to ask the Holy Father in Rome for a special dispensation so that they could continued to brew it with a clear conscience. The Paulaners dispatched a cask of Lenten beer to Rome for the pope to try and to pass judgment. During its transport across the Alps and along the burning sun of Italy, unfortunately—or fortunately—the cask tossed and turned, and heated for several weeks—a classic condition for causing beer to turn sour and undrinkable. So when the Holy Father tasted the much-praised stuff from Munich, he found it (appropriately) disgusting. His decision: Because the brew was so vile, it was probably beneficial for the souls of the Munich monks to make and drink as much of it as they could. Therefore, he willingly gave the brewing of this new, allegedly rotten, beer style his blessing. Little did he know…!

Today, I came across a blog from J. Wilson — a homebrewer, blogger, and Christian, who decided to undertake the same “liquid bread” fast this year for Lent. Awesome. To work his way back into solid foods, he drank a bacon smoothie on Easter Sunday. Awesome. I don’t even know if he’s heard about Homebrewed Christianity, but he might have catapulted himself onto the leaderboard for Deacon of the Year. Check out the article on CNN’s Belief blog.