Kierkegaard on “What big tent Christianity is NOT”

Home / thinking / books / Kierkegaard on “What big tent Christianity is NOT” 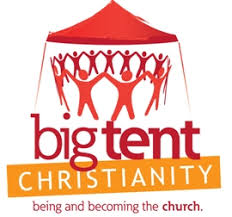 Big Tent Christianity is not about BIG numbers.  In fact, it is interested neither in big numbers nor becoming the new Christendom Christianity.  SO here’s a little syncroblog feed back from Soren Kierkegaard.  He is one of the most ingenious authors the world has ever known and this parable is from his ‘Attack Upon Christendom.’

Can numbers reveal the vitality of religious existence?

They tell a ludicrous story about an innkeeper…It is said that he sold his beer by the bottle for a cent less than he paid for it; and when a certain man said to him, ‘How does that balance the account? That means to spend money,’ he replied, ‘No my friend, it’s the big number that does it’, big number, that also in our time is the almighty power.  When one has laughed at this story, one would do well to take to heart the lesson which warns against the power which numbers exercise over the imagination.  For there can be no doubt that this innkeeper knew very well that one bottle of beer which he sold for 3 cents meant a loss of 1 cent when it cost him 4 cents.  Also with regard to ten bottles the innkeeper will be able to hold fast that it is a loss.  But 100,000 bottles!  Here the big number stirs the imagination, the round number runs away with it, and the innkeeper becomes dazed, it’s a profit, says he, for the big number does it.  So also with the calculation which arrives at a Christian nation by adding up units which are not Christian, getting the result by means of the notion that the big number does it.

If you dig this check out this amazing collection of Kierkegaard’s parables.  It will blow your mind!

If you haven’t registered for the event yet check out Big Tent’s twitter page for a discount!

David Adams, “What is That to You?”

Bob Cornwall, “Living Under the Big Tent – Christianity That Is!”

David Henson, “The Samaritan in the Big Tent”

Ken Howard, “Coming Together to Build a Bigger Tent”

Tony Hunt, “For and Against Big Tents”

Bert Montgomery, “Going Inside the Big Tent with Charlie Manson”

Thomas Jay Oord, “A catholic Spirit for a Big Tent”

Lesley Paparone, “Being The Church”

Ellen Ross, “Big Tent Christianity, Part One: What Faith Is Not”

Alan Ward, “Coming Together Under a ‘Big Tent’”